30 October - Update on the Morgan 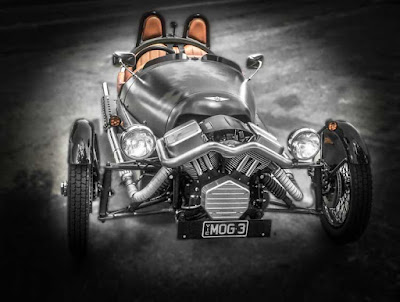 Did a bit of on line research today on the Morgan I spotted the other day while out on the motorbike. Turns out it's a brand new car and not only that, it is a 3 wheeler. You can buy these brand new here in Australia for around A$100,000. 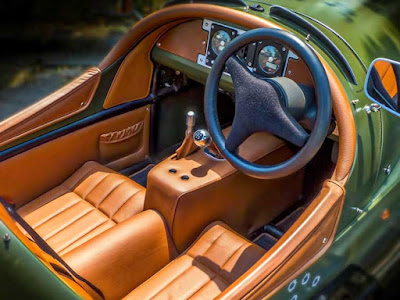 Check out the web site here.
Posted by Theo van der Meulen at 12:11 AM 2 comments: 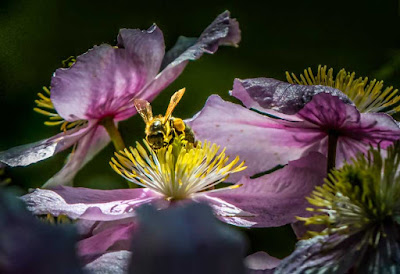 Spring is here and there are more riding opportunities each week. Over the past few weeks I've ridden both bikes all over my local stomping grounds including Walhalla and down the coast. Flowers and blossoms are out everywhere and the bees are busy making honey and unwittingly pollinating all over the place.

Today, I rode the F650GS down to the little village of Loch near Korumburra which has one of my favourite cafes. After a very enjoyable lunch - a BLT and an excellent coffee, 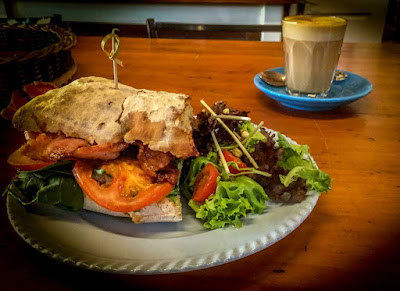 it was time to move on. Just as I was leaving a couple of guys rode into town in one of the most unusual cars I've ever seen. It obviously started life as a Morgan two seater many decades ago but it has experienced a few serious upgrades since then. 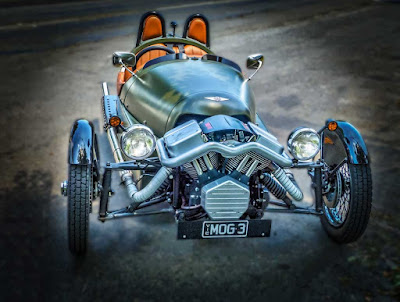 Fortunately I had a camera with me and was able to take a few snaps. I posted the my best picture on Flickr - it's worth a look by clicking here. It looks like it would be almost as much fun as a motorcycle. The trip home was through Yarram (for supplies from the Bakery) and then home via Mt Tassie up the Tarra Valley road, where I stopped for a few more photos. 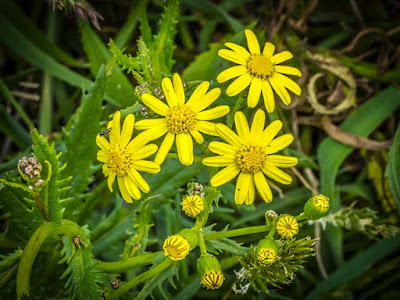 Arrived home around 4:30 after a wonderful day out.

The Beemer went to Melbourne yesterday for a chain and sprocket replacement. Everyone I've spoken to is amazed that I reached 36,000 km before needing replacements, I guess that's the benefit of fairly sedate riding and regular lubrication. I checked the local BMW dealer and was quoted nearly $800 which seemed a bit steep when you look up the prices of the chain and sprockets online, and after a bit of investigation I found BM Motorcycles in Ringwood which is an independent BMW repair business which gets generally good reviews. Their quote was $440 and estimated it would take 1.5 hours. I also checked with Southbank BMW (where I bought the bike) and didn't even get a reply to my request for a quote but I'm guessing it would have been at the high end as well. So, I rode down to Melbourne Tuesday night so that I could be there bright and early at 08:30. I was immediately impressed with BM Motorcycles and felt confident that my bike was in expert hands while I had breakfast at a place next door. Whenever I drop a car or a bike off for a service I always dread that phone call to advise you that there are additional issues which require to be fixed. Sure enough, just as I was finishing my breakfast the phone rang. It seems that my rear wheel bearings were also on the way out, and it seemed expedient to get them done while the wheel was out of the bike. Even with that job the total bill was still nearly $300 cheaper than the BMW quote for the chain and sprockets alone. So, by 10am I was on the road again and as it was a reasonable day I had plenty of time to return via Lilydale, Launching Place etc. - a nice ride. On the basis of my experience I'm very happy to recommend BM Motorcycles of Heatherdale Rd, Ringwood. 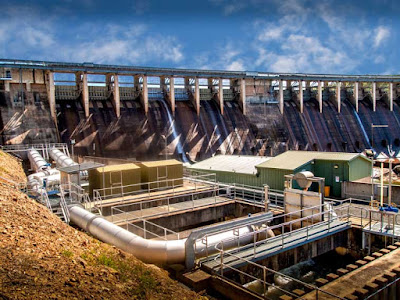 Today was another great day and while I hadn't planned to ride, on impulse I decided to take the Shadow out for a quick spin this afternoon. Rode to the nearby Glenmaggie dam which has been the major source of irrigation water in this part of the country since the 1930's. Creation of the dam required the flooding of a town and back in the 80's during a severe drought, the water level got so low that houses and fences started to emerge from the diminishing water level. Also recovered was the remains of an aircraft and pilot which crashed into the lake in the early 1940's. Bits of the plane are on display nearby. The training aircraft was a Wirraway similar to this one. 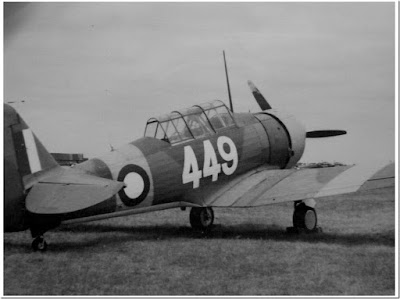 From a riding point of view the next few months will be interesting. Emergency Service here are bracing themselves for a hot dry summer and this means we may actually have days where it is too hot to ride. Time will tell.
Posted by Theo van der Meulen at 8:38 PM 2 comments: 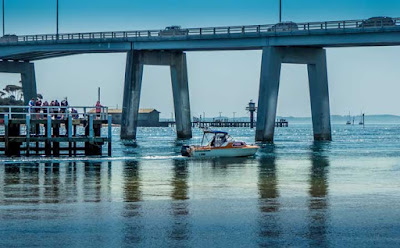 The past few weeks have been a mixed bag. Managed a few rides in less than ideal weather, more out of desperation than a real desire, but today changed all that. The weather bureau promised a 25ºC day and delivered. Started off with the aim of taking the BMW to Cowes on Phillip island but today was a public holiday (celebrating the football Grand Final Match tomorrow) and the endless throng of long weekend holiday makers got the better of me. By the time I reached the San Remo bridge to the island, traffic was down to walking speed so I decided to stop for lunch. By now it really was a beautiful day and it was great sitting in the park and watching the bridge traffic moving very slowly. Lots of bikes around including large groups of HD riders who seem to enjoy nothing more than riding through a town slowly making a great deal of noise. After an hour or so of relaxing and a few photos it was time for a leisurely ride home through Leongatha and Mirboo Nth, with a brief coffee stop at the In Line 4 cafe in Mirboo Nth. A very enjoyable ride of 340 km.

It was interesting to note that here in Victoria we have just witnessed a 'test' court case of a motorcyclist who challenged a traffic fine handed to him for the heinous crime of having a camera mounted on his helmet. As someone who is frequently guilty of this outrage I followed the case hoping to see it thrown out on the grounds of 'silliness' but to many people's surprise the case was lost. Australian road laws work on a state basis and we now have the ridiculous situation where in Victoria the court has affirmed that mounting a small cam on a helmet renders it unsafe, while in some other in states the police use helmet cams to document their own activities. This provides food for thought in my case. I've found that the helmet mount is the only way to keep vibration to a minimum, so now I'll have to decide whether to stop using it or take a risk of a significant fine.
Posted by Theo van der Meulen at 12:20 AM 2 comments: