After a hearty breakfast of bacon and eggs, it was time to mount up and start the trip, over the mountains, home. Fortunately, the run of great weather continued and it was a great feeling to hit the road and head straight towards the mountain range on the horizon. The Great Alpine Road starts to climb up towards Mt Hotham at Harrrietville and very soon I was winding my way up in very light traffic except for a couple of heavy vehicles which are so slow they are relatively easy to pass. At the top as I passed through the Mount Hotham Alpine Resort the temperature had dropped a good 10ºC but the grip heaters soon took care of my slightly chilly fingers. Very soon the road starts to dip down the other side of the mountain as the road winds it's way down to Omeo. I had just enough fuel to avoid stopping in Omeo and instead refuelled and had lunch in Bruthen. From here it was less than two hours to home. My four day adventure was over - I had great weather, experienced an incredible ride, caught up with family and thoroughly enjoyed everything. I've edited my photos and GoPro videos into a short presentation which you can view below.

The soundtrack music was recorded and performed in my study using the Garageband music software.

A leisurely day today. Staying at my sister's place in Wandiligong and decided to ride to Yackandandah for lunch. Yackandandah is one of the most beautiful little country towns in Australia. Many of the old buildings are intact and the whole town has a 'cared for' appearance. Lunch at the bakery was great. Took a few photos around the town. 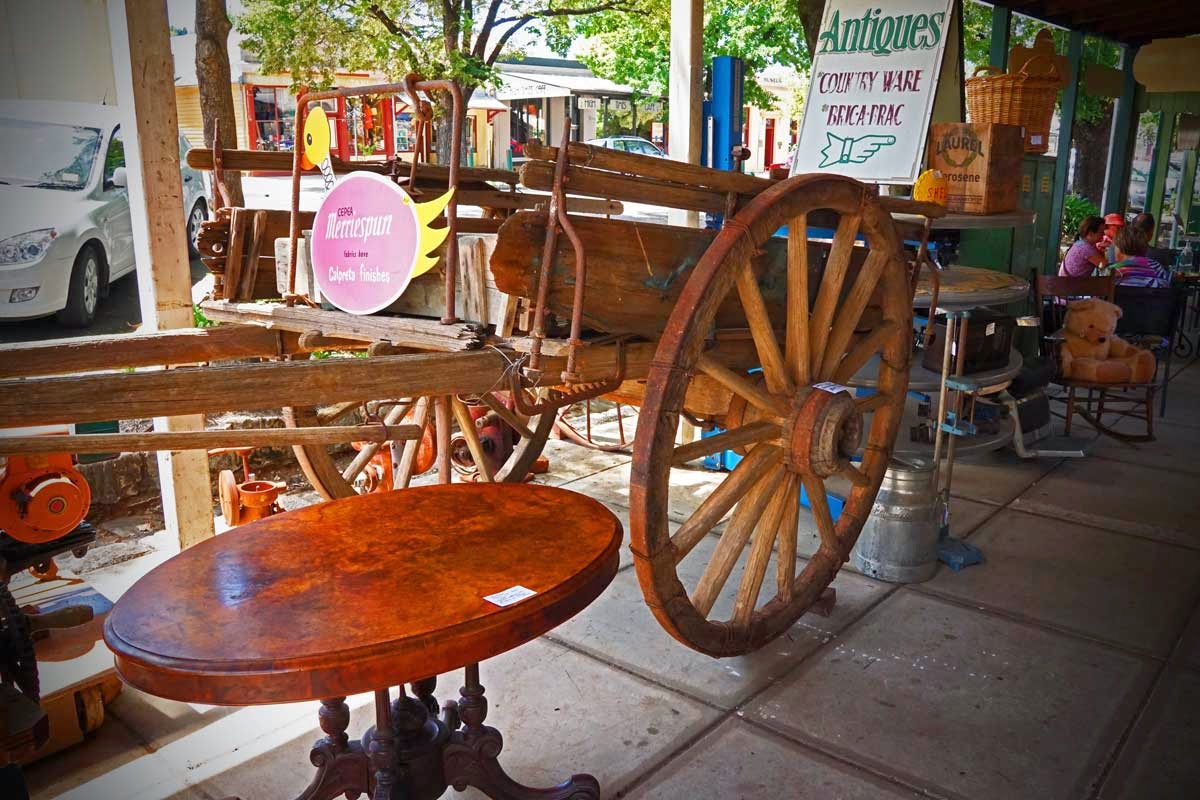 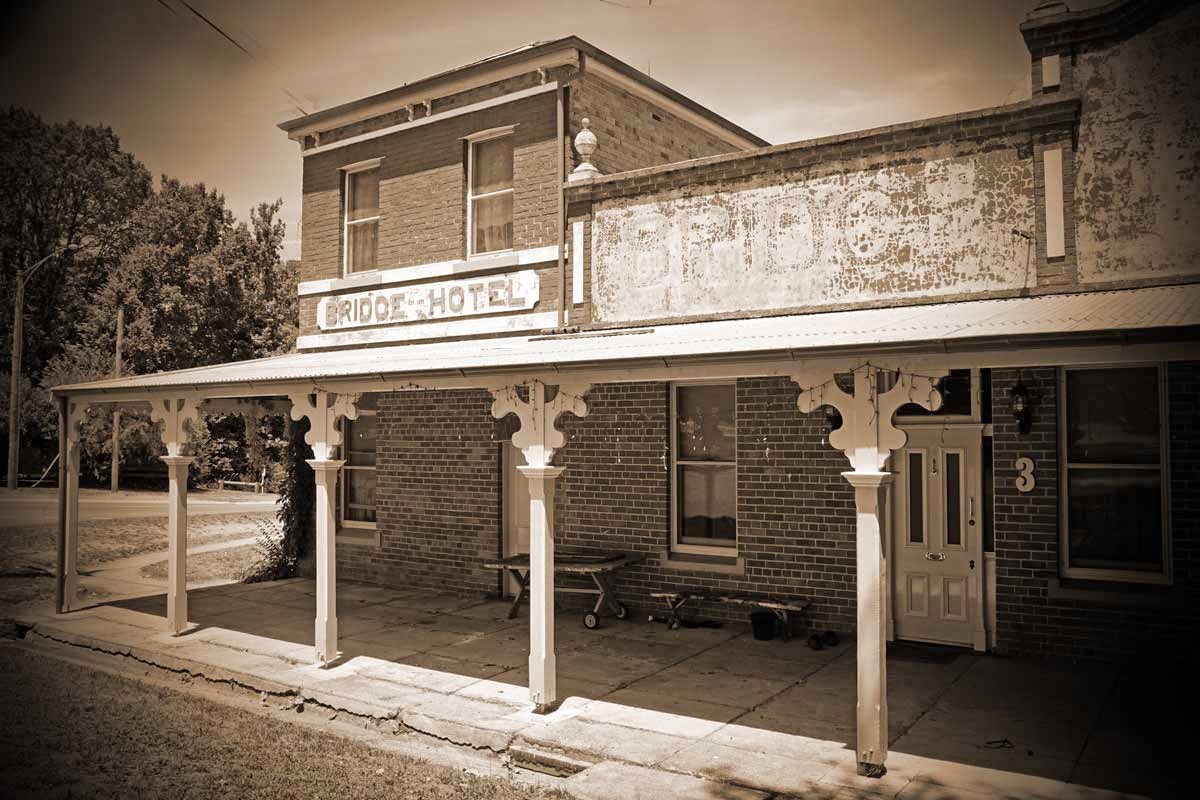 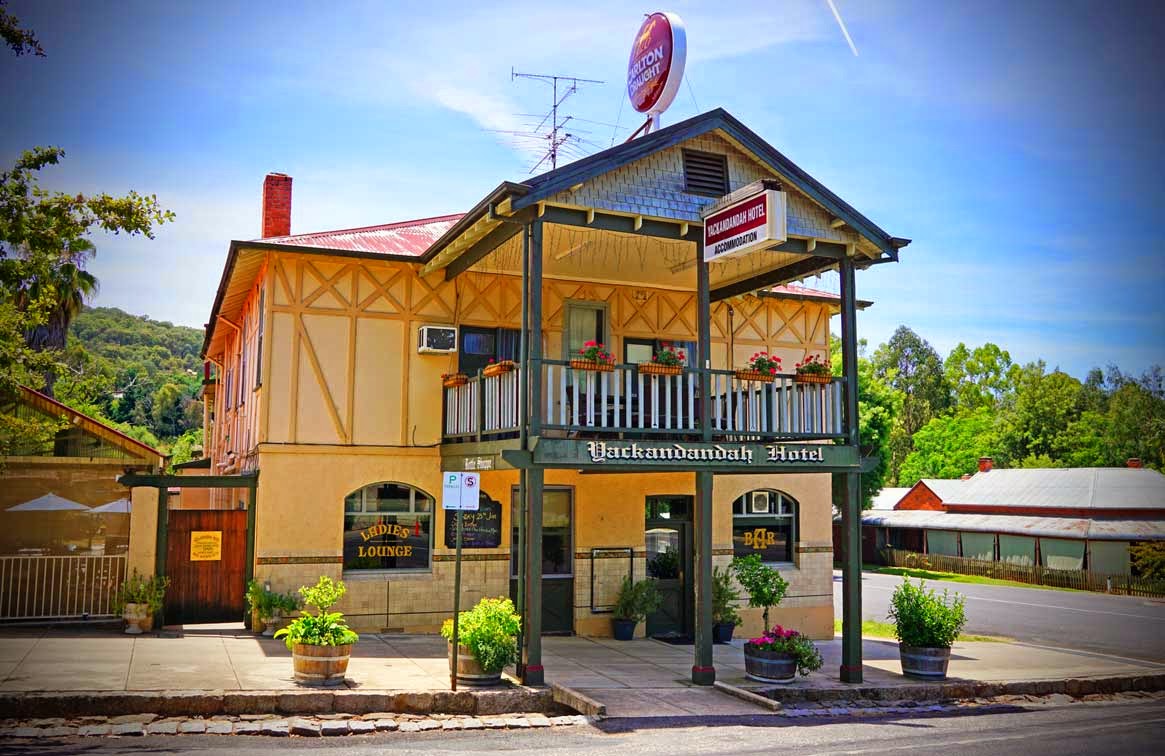 It was such a great day that I decided to return home via the 'long way' - a quick look at Mt Beauty and then over the mountains through the Tawonga Gap and back to Bright. This photo (not mine and happy to accredit it) shows the view of Mt Beauty from Sullivans Lookout on the Towonga Gap Road. 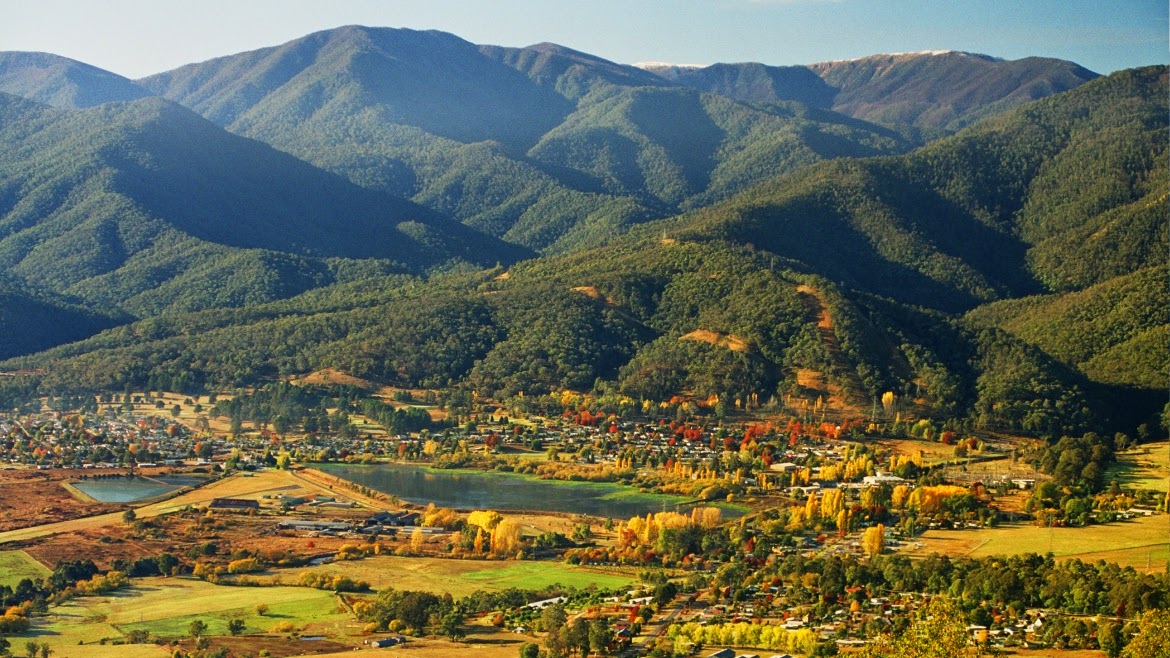 After refilling the Honda for tomorrow's trip home I shopped for evening refreshments and headed 'home'.

The plan for today was to ride from Bombala to Corryong via the Mt Kozciusko National Park. For overseas readers it is worth noting that this area not only features fantastic snowfields and wilderness scenery, it is also the home of the Snowy Mountain Hydro-electricty scheme. This undertaking which began after WWII, attracted thousands of European migrants to Australia, most of whom then settled permanently.

Sleep at the Imperial Hotel in Bombala had proven to be somewhat patchy. On Friday nights most of the able-bodied population seems to gather here. Then, as the beer starts to flow, the music is turned up to the point where everyone has to shout at each other. If you ever needed proof that alcohol makes you neither more eloquent nor more rational, try sleeping in a room above the bar of a country pub.

So by 09:00 I had quietly rolled Honda down the road before I fired it up and started the short trip to Cooma. Stopped for breakfast at the bakery in Nimmitibel, and then for fuel in Cooma, before heading toward the National Park. The ride thorough this rugged country, above the snow line, was incredible. Every corner provides a new vista and you are continually torn between watching the view, watching the road, and avoiding the occasional 4x4 many of which are not content with just using their half of the road. After following the high road to Cabramurra, the road then plunges into a few deep valley which contain the lakes and ponds which are part of the hydro schemes and the underground power stations. You always know you're near a power station when you see a set of high voltage transmission lines emerge from the side of a hill and up the mountain.
Eventually the road reached the point where I actually rode over the top of the Tumut Pond Dam. 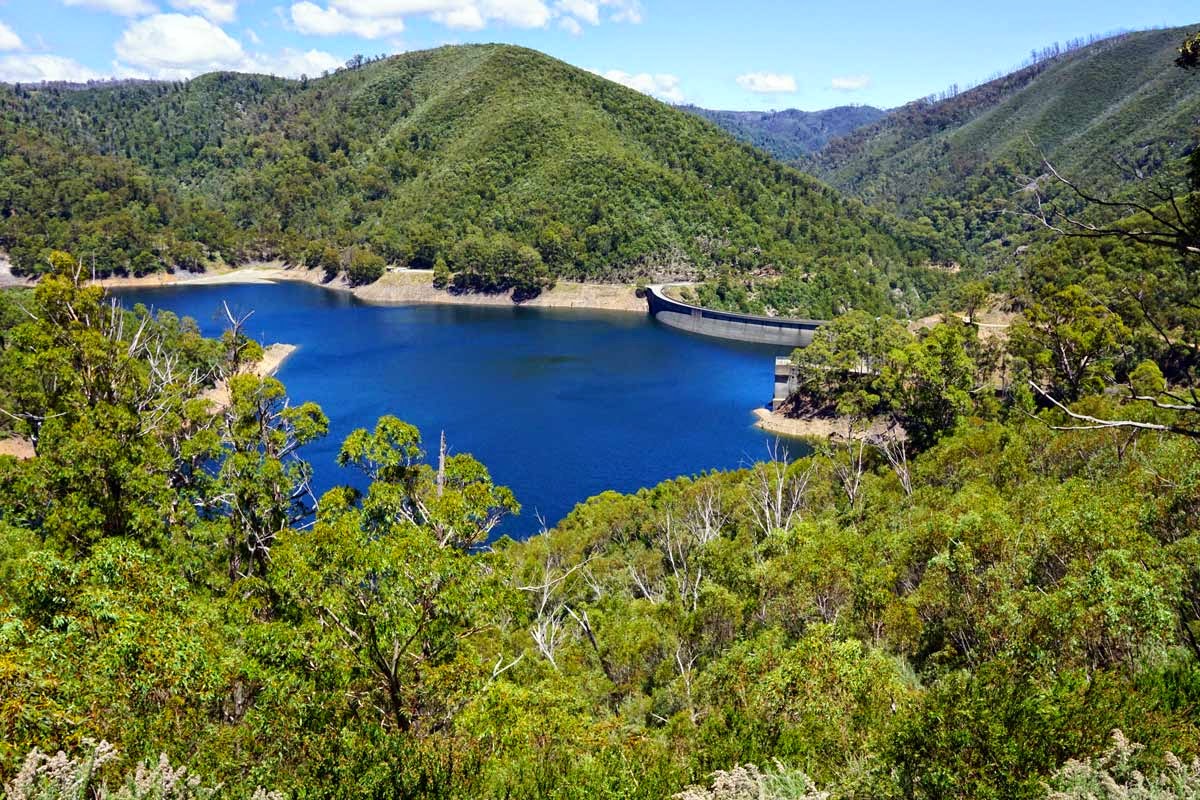 After the dam, the road rises again to cross the next mountain ridge before finally descending into Khancoban, and warmer temperatures. From here it was just a short ride to Corryong and by then it was only 2:45pm.

As the plan was to stay in Corryong I looked around for somewhere to get some lunch and good coffee, but found out that the whole town seemed to have taken the afternoon off, so with plenty of daylight left I decided to ride on to my next destination, my sister's house in Wandiligong near Bright.
So, another 2 and a bit hours on the bike and I arrived in Wandi a day early. So now the plan is to have a rest day tomorrow with family and then to undertake some local rides in the Bright area on Monday before riding over Mt Hotham on Tuesday. Altogether a long but magical day on the bike. 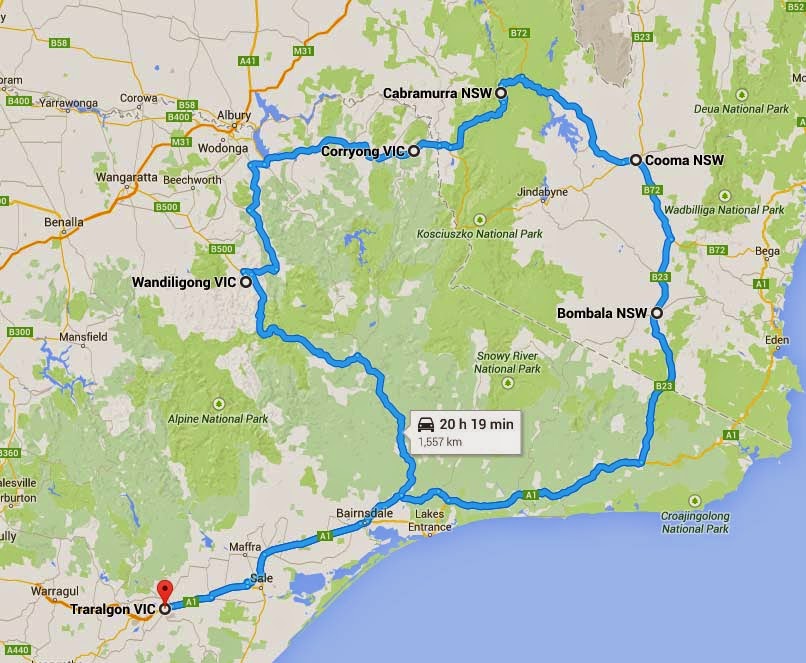 At this time of the year, my mind usually turns to the idea of undertaking a longer motorcycle ride. I always enjoy all my day rides but I think the real excitement of motorcycling occurs when planning and execution of a ride that takes place over a few days and into unfamiliar territory.
Unfortunately our weather over the past few days had not been conducive to this idea with wet and windy weather prevailing. After carefully monitoring the BOM forecasts I decided that today was the day to undertake a ride I've been wanting to do for a long time - a ride through the Snowy Mountains. When I woke this morning the sun was shining and it was absolutely still. The bike was all packed and at 09:00 I fired up the Honda VT750 and headed east along Highway 1. The first stop was for fuel in Bairnsdale and this was followed by lunch at a cafe in Orbost. The highway was fairly quiet and the good weather continued. Another quick fuel stop in Cann River before turning on the Cann River Valley highway and north into New South Wales. My planned destination for this evening was Bombala and I reached it just before 3pm. Checked into the Imperial Hotel which still shows signs of its former glory. Time for a beer, or two. 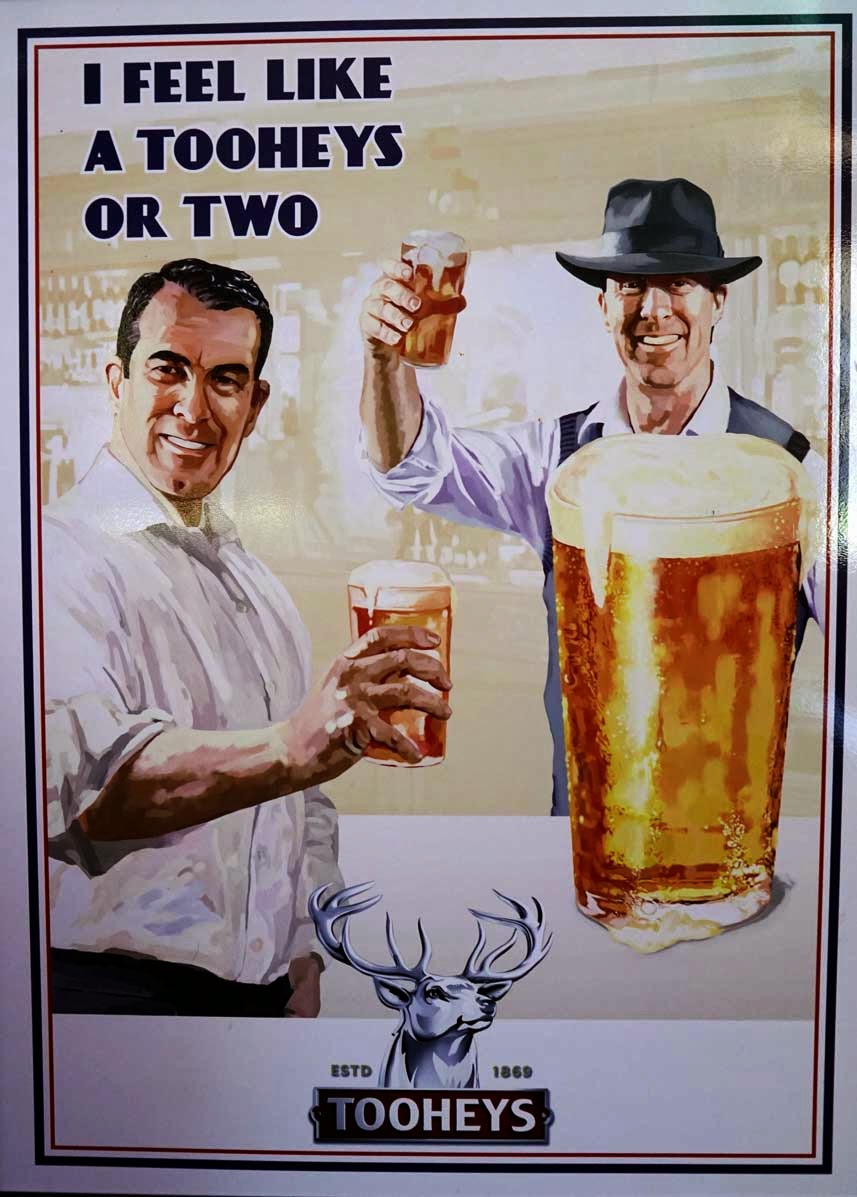 After parking the bike in a secure undercover spot I had a quick shower and took a walk around the town. There's a great park along the river which features exhibits of old farm machinery - very interesting. 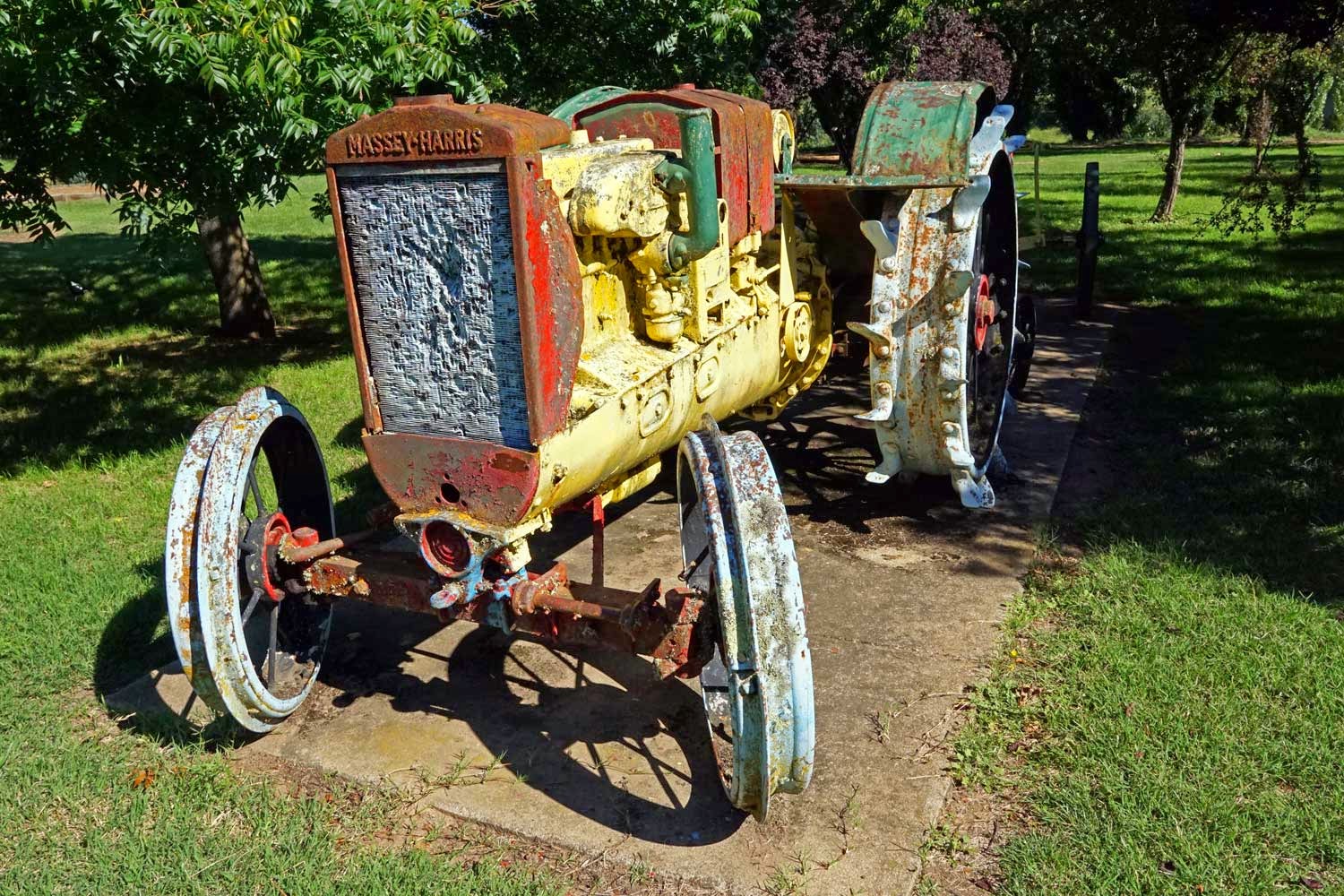 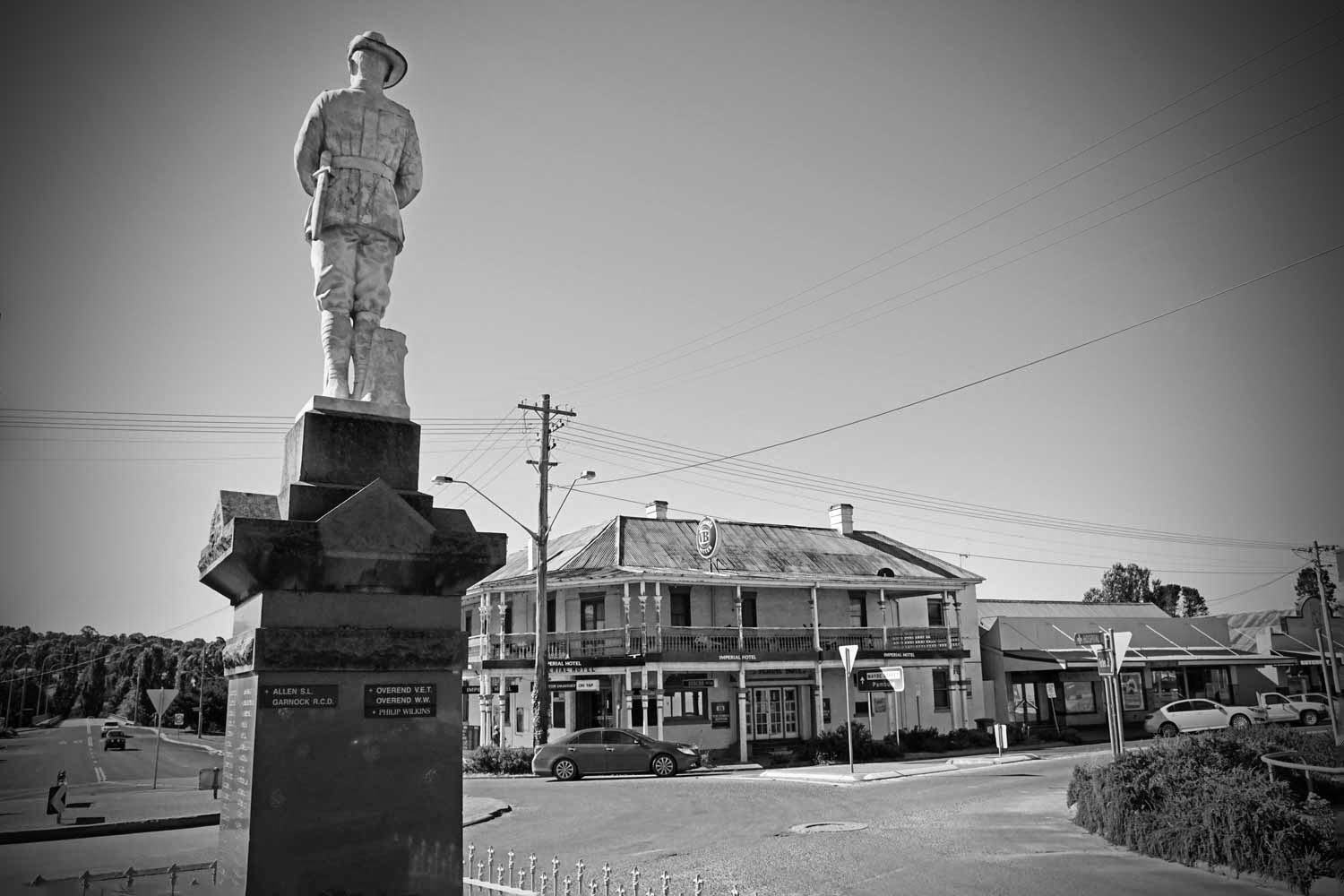 Just got back to my room after a great dinner in the Imperial Hotel. Chicken Sate Skewers with Spicy Noodles and a large bottle of Czech beer - absolutely fantastic. 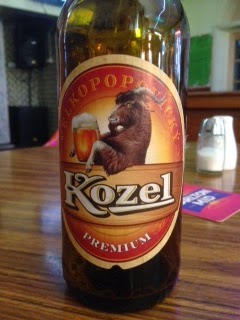 The plan is for a fairly early night and an early start for tomorrow - the plan is to ride to Corryiong on the Murray River.