Mt Baw Baw is part of Australia's Great Dividing Range and is the nearest ski resort to my home in Traralgon. As you would expect the access road is a winding black ribbon which climbs up the mountain through farmland in the lower stretches and then through forests of eucalypts and giant tree ferns. The mountain is part of a plateau about 1,500m above sea level and visible from just about anywhere in the Latrobe Valley. The forecast today was for a fine hot day and so a ride up to a ski resort seemed the ideal choice and it was. Riding a seemingly endless succession of horseshoe and hairpin bends on the BMW was a sheer pleasure. Temperatures started in the mid 20's at the bottom dropping to 13ºC by the time I reached the top. 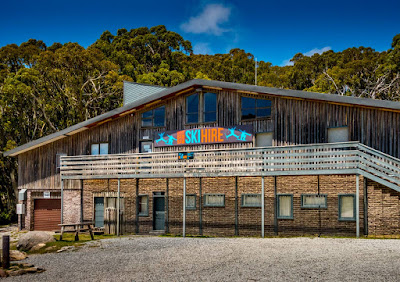 There were plenty of cyclists on the road tackling the steep climbs of around 12% and even reaching 20% for short stretches. I'll stick with motorcycling. Adding to the sheer pleasure of this ride in summer are the abundant wild flowers growing on the roadside, and the endless flocks of crimson rosellas darting across the road at times passing within inches of my visor. The alpine village at Baw Baw was quite busy with day trippers and the local cafe was serving great coffee and doing steady business. Quite a few motorcycles around too. 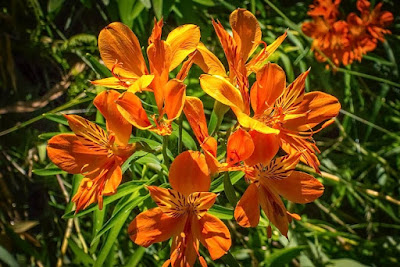 On the return trip I stopped off at the little village of Tanjil Bren, which started life as a gold prospector's camp site more than a century ago. There isn't much to look at here but I did spot a wigwam which is not a common sight in Australia, or maybe it's a teepee - not sure. 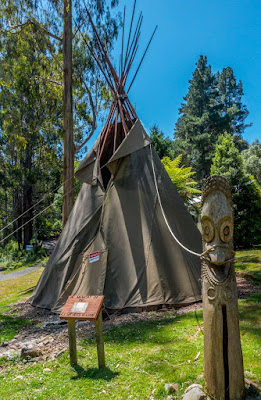 I was hoping to see a sign explaining its presence but no such luck. It was nice to get to the bottom of the mountain again and to return to summer temperatures.

After a four day heatwave today promised to be a milder day and I decided to ride the cruiser to Paynesville on the Gippsland Lakes and home of our close friends John and Sandra. Despite a fairly strong wind, the ride was enjoyable and it was great to catch up over lunch. On the way back I called in to St Mary's church in Bairnsdale, not for any devotional purpose but to get some exposure bracketed photos to try out new HDR software called Aurora HD by Macphun. I chose this building because it promised high dynamic range of light but also because the church is famous for its frescoes, painted in 1931-4 by Italian artist Francesco Floreani who was out of work and commissioned by the parish priest. The church now receives up to 80,000 visitors per year which is a lot in a regional town some 300km from Melbourne. 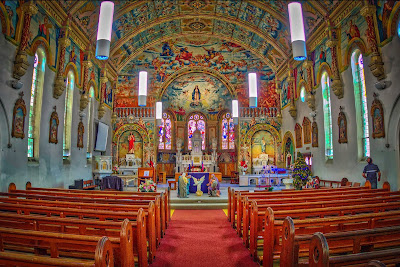 The technique here is to combine three photos (over, under and correctly exposed) which are then merged and tone mapped to capture the full dynamic range. The compressed version here in blogger doesn't do it justice of course but the original can be viewed by clicking here.

The return ride from Bairnsdale was very pleasant with temperatures around 20ºC.  My route often takes me past an old abandoned farm house and last year I photographed it. 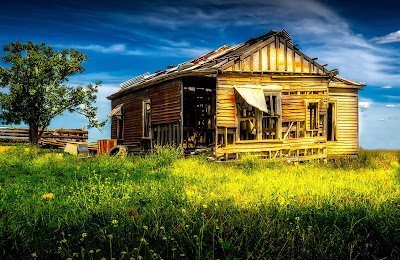 I've noticed lately that it is starting to fall apart rather rapidly and I have been hoping to catch up with the owner to gain permission to take some night photos. The idea is to photograph it at dusk with lighting inside the actual building. As luck would have it I caught up with the elderly farmer Steve, showed him this photo and asked his permission to take the night shots. He was delighted with my interest and very impressed that I actually spoke to him first. Anyway he told me to do whatever I wanted - so that's a project immediately after Christmas. I found out the house was abandoned in 1957! I will catch up with Steve again to give him prints of my work and to chat some more about the history of this area.

During my motorcycle outings I try to incorporate my interest in photography in these activities and mostly try to include images to illustrate the description of my rides. Photography is an all absorbing hobby of mine and through the blog, over the years I have corresponded with visitors interested more in the images than the actual motorcycling. I always enjoy this kind of feedback and that has led me to develop a photographic presence on Flickr where I post my dabbling with the camera which are mostly non motorcycle related.

For anyone reading this who would like to see some of my photographic output I have included a link called My Flickr Images on the sidebar of this page, and I regularly update this collections with new material.

Here is an additional link to My Flickr Images.
Posted by Theo van der Meulen at 1:36 PM 6 comments: Rode to Wilsons Prom today. A fine still day and not too hot so I was able to wear my mesh jacket without the liner. Discovered an new cafe in Fish Creek called Nine Acres and had an early lunch there. Fantastic place, excellent coffee and great food. Then, on to the prom to take a few photos and the first was at Whiskey Bay. 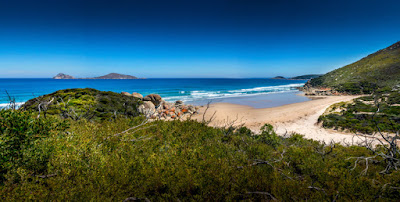 A bit of a walk from the car park (especially in motorbike gear) but well worth it. Quite a few people enjoying themselves sun baking and frolicking the blue waters.
Felt like an ice-cream by then so on to Tidal River before starting the trip home. On the way back I wanted to take some photos on Squeaky Beach but the tide was out and the shots I wanted will have to wait for another day. Quite a serious beach cricket match going on though and sat and watched that for a while. 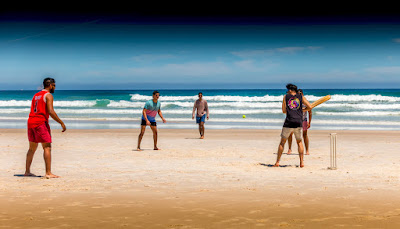 Returned home around 4:30 after a very enjoyable ride of 320 km on the Beemer.

It's that time of the year again and I thought I would include a picture of our Christmas tree as I wish everyone a great Christmas and a Happy 2016. 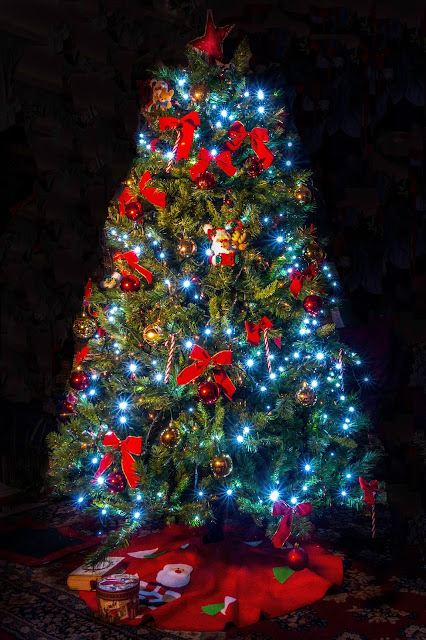