Woke to a mild and sunny day today and thoughts turned to motorcycling. Rang brother Luke - he was free and we decided to ride to Licola - a beautiful winding mountain road between here and this little town which lists its population as 21 (including the surrounding areas).
Licola is nestled on the banks of the Macalister river in the foothills of the Great Dividing Range. In times past Licola was a stop on the difficult road to various goldfields and also home to a timber mill for many years. In the 1960's Australia's Lion Club organisation bought the town and turned it into a Youth Camp complex. Today was part of a 4 day long weekend. Tuesday is Melbourne Cup Day, a public holiday and many people take Monday off to create a 4 day weekend. 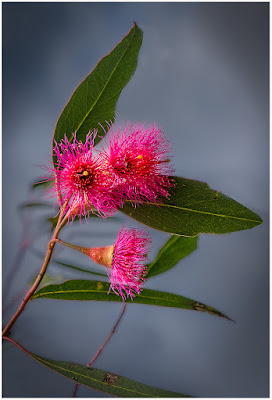 We found campers everywhere in the town and on the river banks. The spring weather has caused the flowers and blooms everywhere including the iconic flowering gums. After a look around and an ice cream, it was time to head back. It seemed that it was actually getting warmer on the way back - very pleasant conditions.