21 December - Trip to the Mountains - Dargo

Woke up to another promising motorcycle kind of day and after breakfast it was time to fire up the Beemer and head for the mountains. To the north of my home are the Victorian Alps which are part of a mountain range which runs along the entire length (Nth to Sth) of the east coast of Australia. In the foothills of the mountains in a beautiful valley lies the small town of Dargo. It is the stepping off point for 4x4 vehicle and adventure motorcycle trips into the mountains and the high plains above Dargo were for many years the summer retreat for cattle which were taken up there to graze. After a bit of highway travel the route winds its way north into the hills and valleys and beautiful forests and on a day like today with brilliant sunshine it is pure motorcycling bliss.

As usual I had lunch at the general store and sat back watching the tourists making their final preparations before heading off into the bush for camping and fishing trips. I looked around for photo opportunities but with the noon day sun high in the sky the light was very harsh and I put the camera away.

On the return trip though I passed an old dilapidated farm house I've passed many times before without having a decent camera handy but this time I was prepared and the sun was much lower in the sky so I stopped and spent some time taking photos. 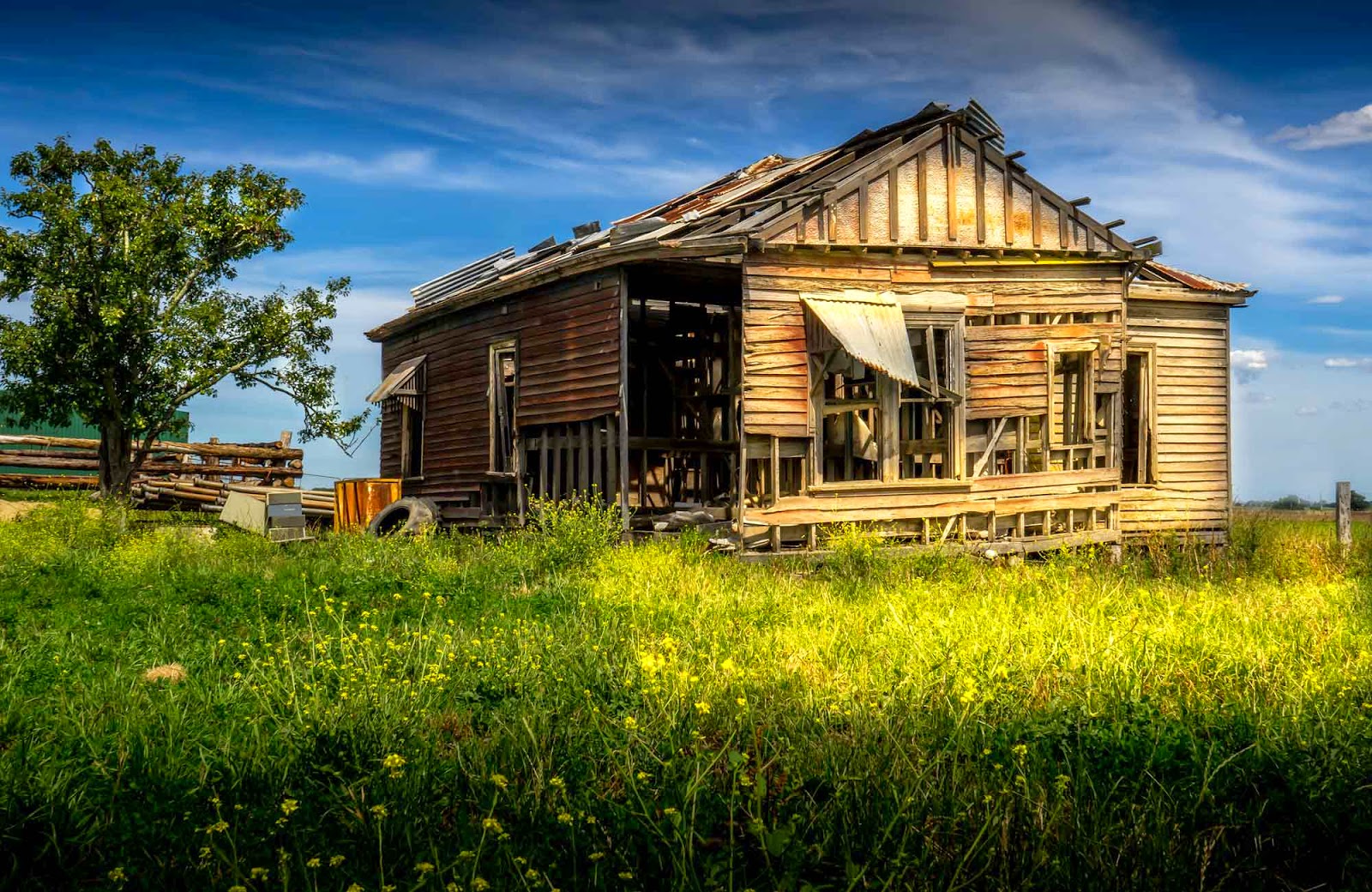 I don't think the old place will be standing much longer - one good gust of wind should take care of it.

Another great day on the bike and a nice photo as well.