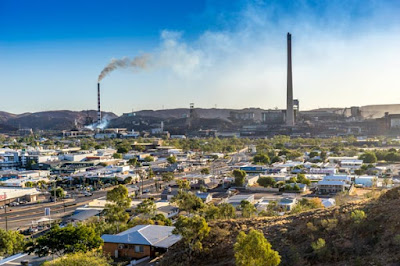 A very relaxing day here in Mt Isa. Finally took the electric blanket off the bed, plenty of warm weather now. This morning we visited the Mt Isa underground hospital. When the Japanese bombed Darwin in 1942, there were great fears that Mt Isa would be the next target. During World War 2, Mt Isa as well as producing a lot of metals for war construction, also served as a major transport hub with a constant flow of trucks travelling some 2,500 miles to supply material to Darwin. A decision was made to provided underground hospital facilities to which patients could be moved in case of a bombing raid. This emergency hospital provided surgical and natal facilities but was never used in anger. After the war the excavations fell into disrepair and it is only recently that a restoration was carried out on the basis of photographs taken in 1942. 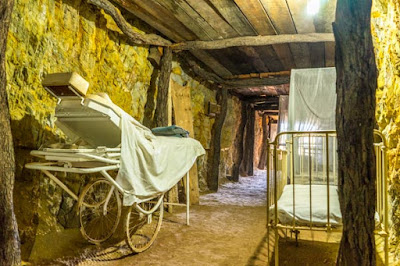 It was a fascinating insight into the ingenuity and resourcefulness often necessitated by war. 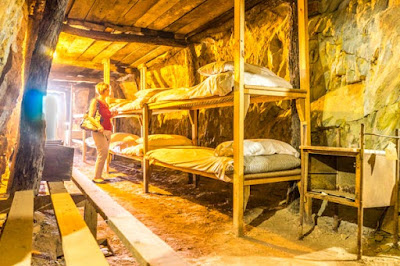 In the afternoon we relaxed and read and then relaxed some more, in preparation for our next leg tomorrow which will probably be to Winton, the site of major dinosaur fossils discoveries.
Late in the afternoon I drove up to the lookout to get some shots of the town. It was a fascinating experience as a large number of wedge tail eagles were using the hill to soar on the updrafts from the warm ground below. 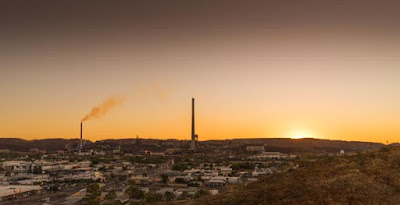 Just as the sun set in the West, a full moon rose in the east. As I pointed my camera at the moon a large eagle soared into the frame - perfect. 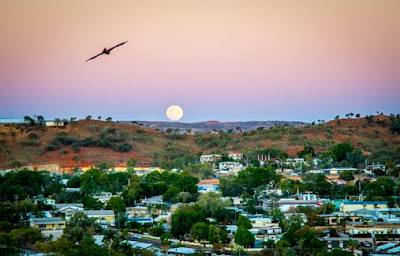