15 June - Back on the bike - Walhalla, Cowes - Phillip Island

Since returning from our trip to Hong Kong, a number of factors have conspired to keep me away from motorcycling. First of all some personal health issues needed me to focus elsewhere for a few weeks and this was followed by a recent family bereavement which occupied all our thoughts recently. On top of that, it is winter here and while this is not as big a deal here in Australia as it is elsewhere, a run of cold wet weather has combined with the other issues has made motorcycling seem less than attractive or even appropriate, for a while.

I did manage a few small outings just to ensure the batteries on both bikes were charged, including one very nice but short trip to Walhalla, the nearby gold mining ghost town. 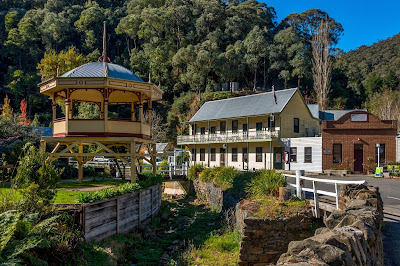 On a rare sunny day the little town looked beautiful as the autumn colours were just starting to emerge.

Finally though, today broke the drought. The weather bureau promised a chilly but sunny day so on with the thermal underwear and out on the Honda by 9:30 enroute to Cowes, Philip Island. With the grip heaters blasting away the sunny and still conditions more than compensated for the near zero temperature and by the time I reached the south coast it even started to feel pleasant. It was great to find that the long break in no way diminished either my riding skills or my enjoyment of being on a bike.

Crossed the San Remo bridge in perfectly still conditions and cruising on to the island was an almost Zen like experience which was quickly brought to a halt by a police roadblock carrying out random breath tests. This spoilt the mood for a while but it was quickly restored as I continued across the island. 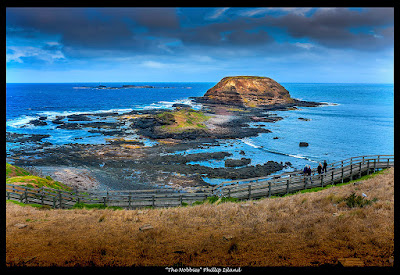 The usual bustling town of Cowes was fairly quiet at this time of the year and I spent an hour or so having lunch at the local bakery followed by a walk down to the town jetty which was almost deserted. 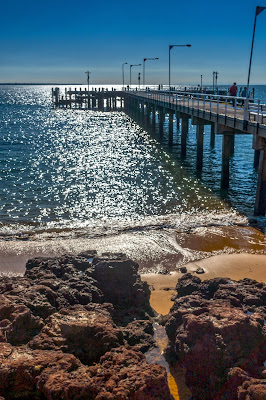 All very relaxing and enjoyable but soon it was time to head for home along the coast and the continuing sunshine. Got home at about 3:30 just as the air started turning chilly again. It was great to get back into it again and what a perfect day it was.