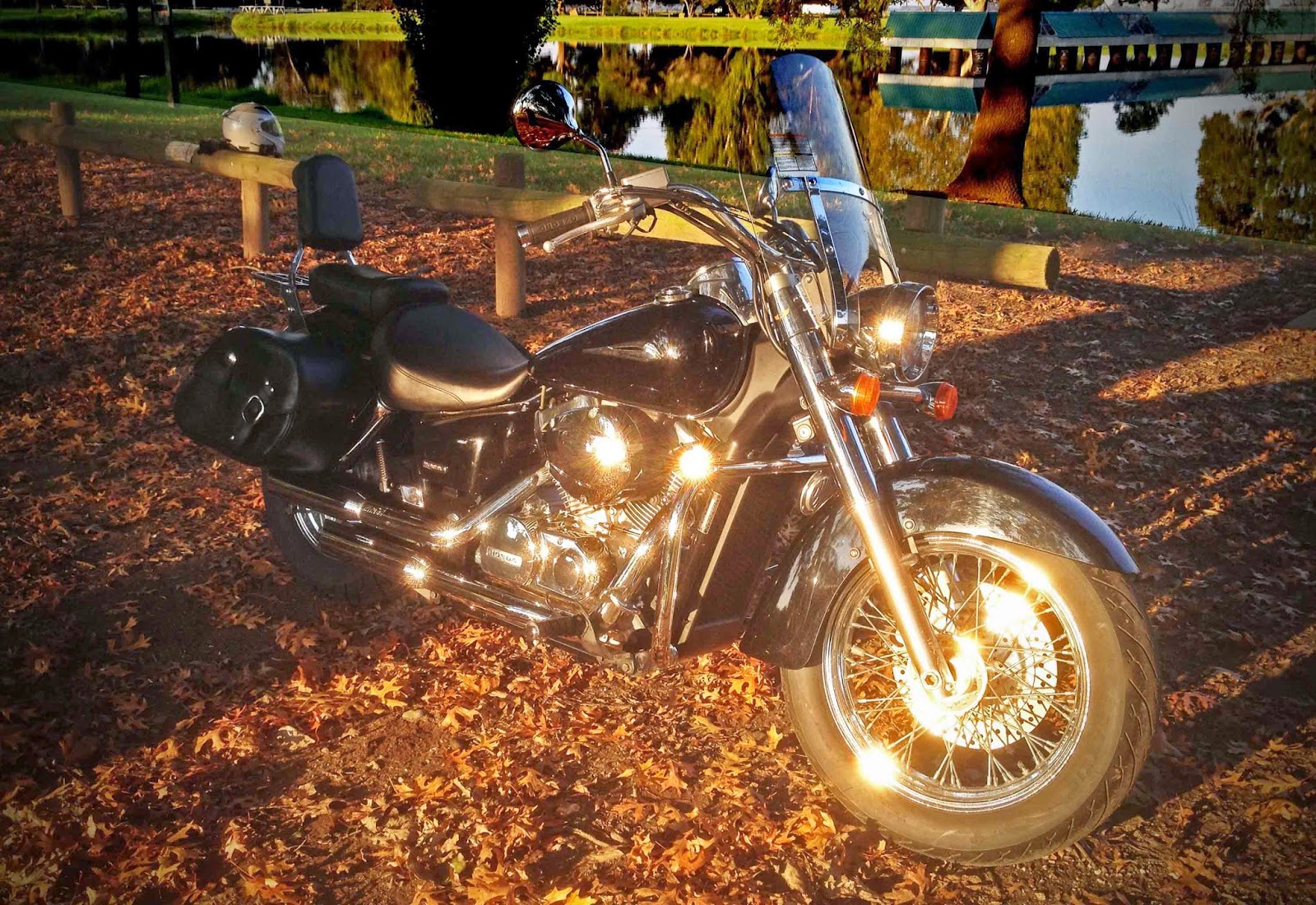 Riding the Honda home yesterday I realised that the new windscreen fitted to the bike was too tall. I wasn't too worried because I thought that would be adjustable but when I got home it became obvious that while it would be easy to raise it, it was as low as it was going to go. The end result of this was that I was looking through the windscreen rather than over it - not a good idea if it starts to rain or becomes covered in bugs. A bit of investigation on YouTube showed how various people had dealt with the same issue by cutting the screen to the right height using a variety of tools. The only tool I had which was likely to do the job was a jig saw and one very good YouTube clip suggested covering the relevant part of the screen, and the foot of the jig saw with masking tape, to prevent scratches. The other good suggestion was to cover the entire bike with a sheet to prevent particles of plastic all over the bike which would then later melt on to the hot bits.

Armed with all this good advice I gathered my tools and worked out the new profile for the shield. Ideally the top of the shield should align with your nose - a bit hard to work out while sitting on a bike. Nevertheless, the new profile was soon traced on the masking tape and a couple of minutes later the jig saw had done its thing. All that was left then was a bit of careful sanding of the cut edge.

Spent most of the day in Melbourne today but when I got home at 4:00 today it was still 24ºC and fine so it was time for a quick ride to Cowarr Weir to check the screen. Very pleased with the result - not only could I see over the top of the screen but also the reduced height significantly reduced the amount of buffeting around the helmet.

Finished off the day by taking a photo of the bike in the late afternoon sun.
Posted by Theo van der Meulen at 9:20 PM