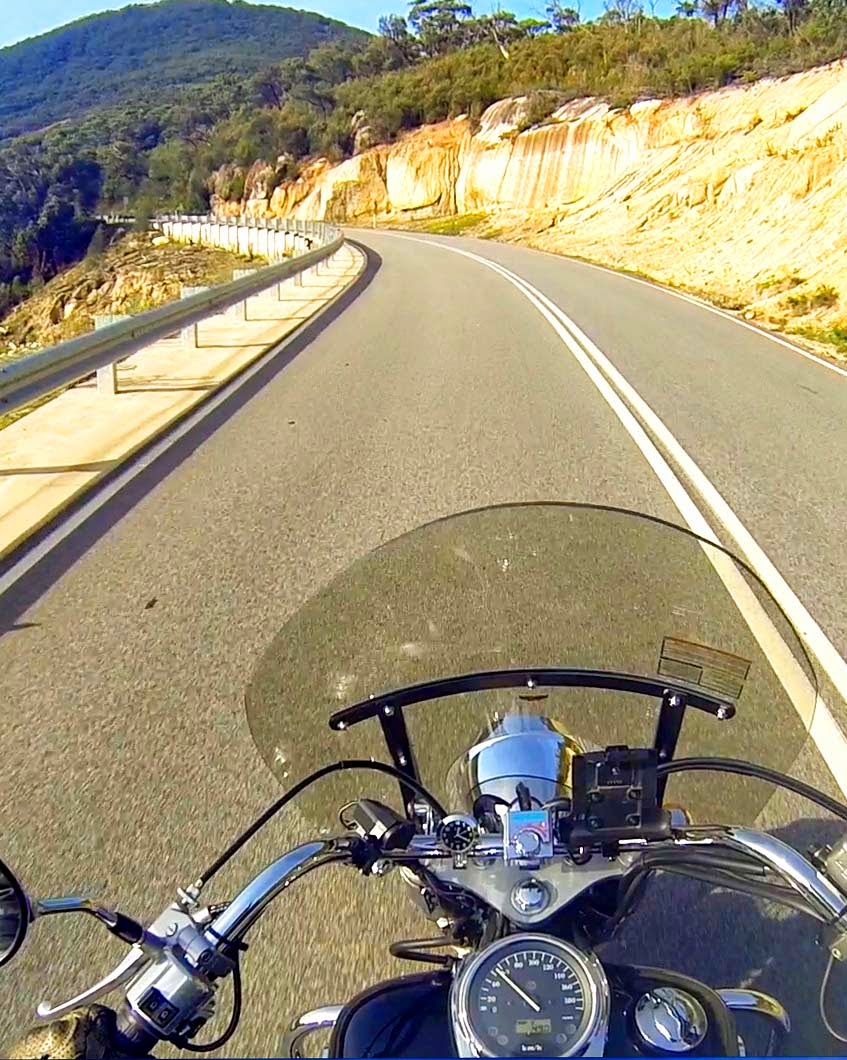 The BOM promised a fine day today so a ride to Wilsons Prom. This is always a great ride but on a fine day it is spectacular. The route was via Mirboo Nth, and Meeniyan and the first stop was a refuel at Fish Creek. The hotel in Fish Creek has a large ornamental fish on its roof and over the past few years I've been watching it gradually develop a lean and a rather precarious outlook. It has now fallen over and is lying on the roof like a great stunned mullet. It could become a flying fish in high wind - that would be interesting.

Reached Tidal River at about 12:30 and had lunch and coffee at the local cafe. As usual, as soon as I sat down and opened the food I had the full attention of the local rosella's who'll stop at nothing to get to the goodies. They'll perch on your head and hands and seem to have no fear at all as they snatch at anything you're not watching closely.

After lunch it was time to have a look at the beach. This time of the year it is almost deserted. 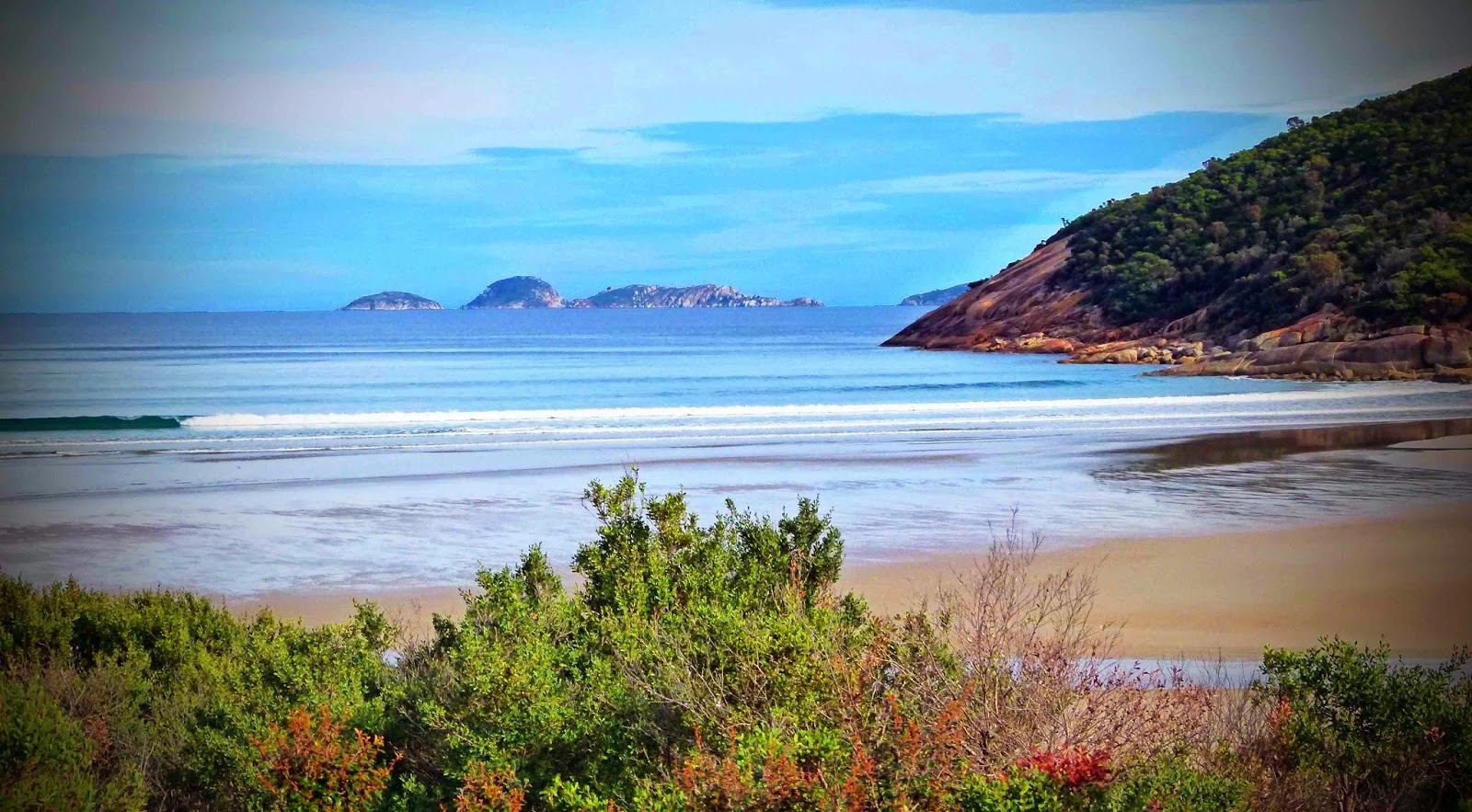 Spent some time with a couple from Yamba (NSW) who are travelling around Australia by trains, planes and automobiles. For this trip they had hired a VW convertible and were fortunate enough to be able to have a winter day with the roof down. 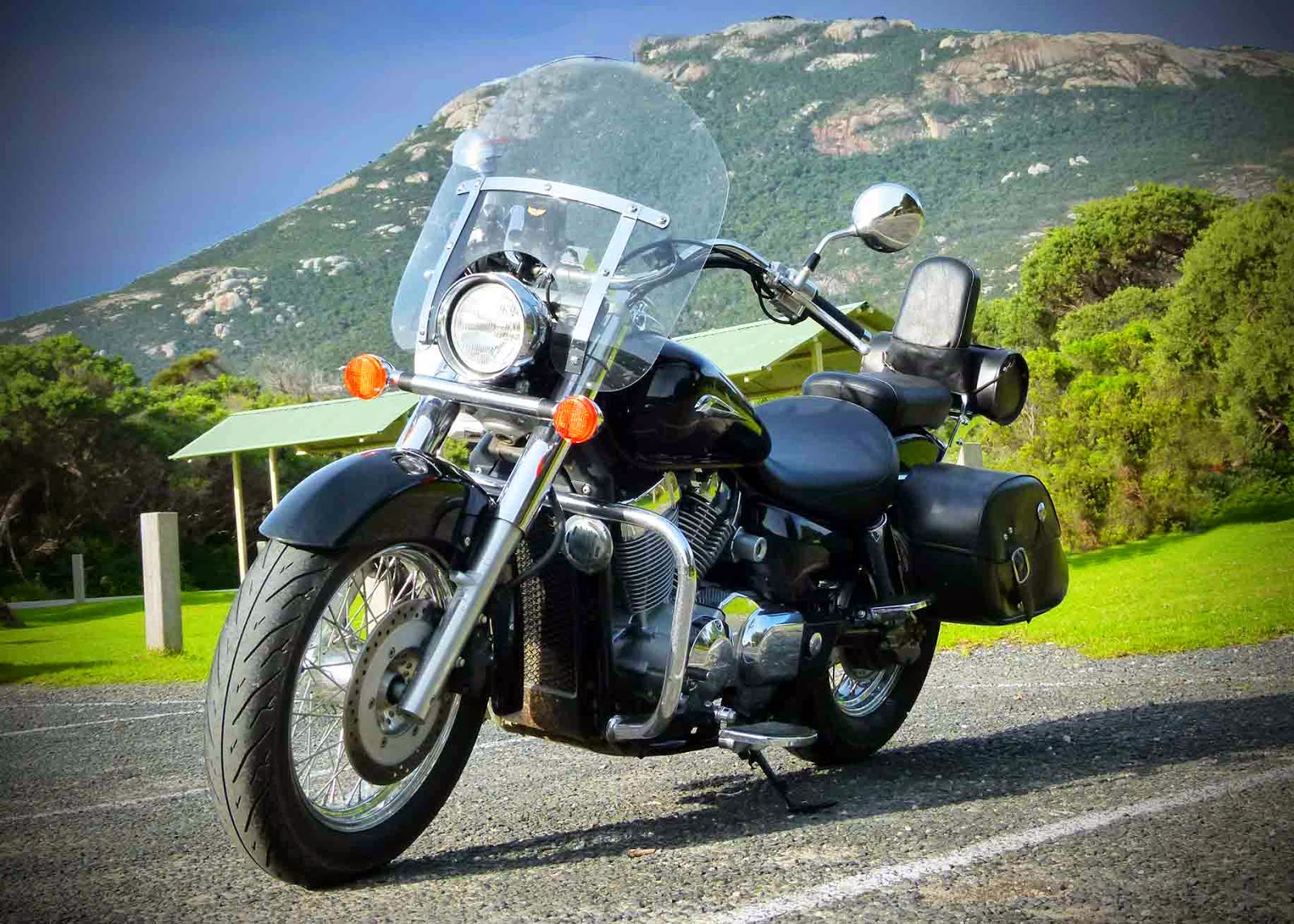 It was so pleasant at the prom that it was tempting to spend more time but I know from experience that the temperature starts to drop quite quickly after 4pm so somewhat reluctantly it was time to head home. I had time for a quick coffee at the In Line 4 Cafe in Mirboo North. 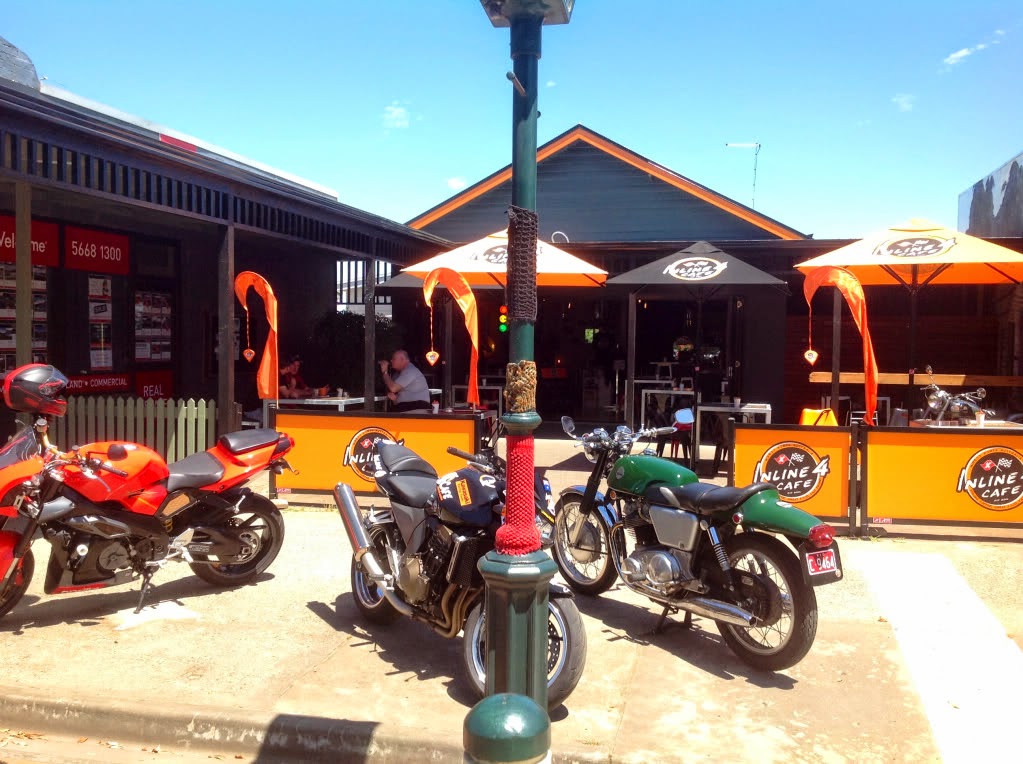 This cafe, which is a revamp of the old Bullock Dray cafe,  is rapidly becoming a drawcard for the motorcycle crowd and they certainly make a great coffee. The proprietor seems to go out of his way to welcome customers individually. On occasions I have noted 10-20 motorbikes parked out the front. Hope they do well.

Got home just after 4 pm