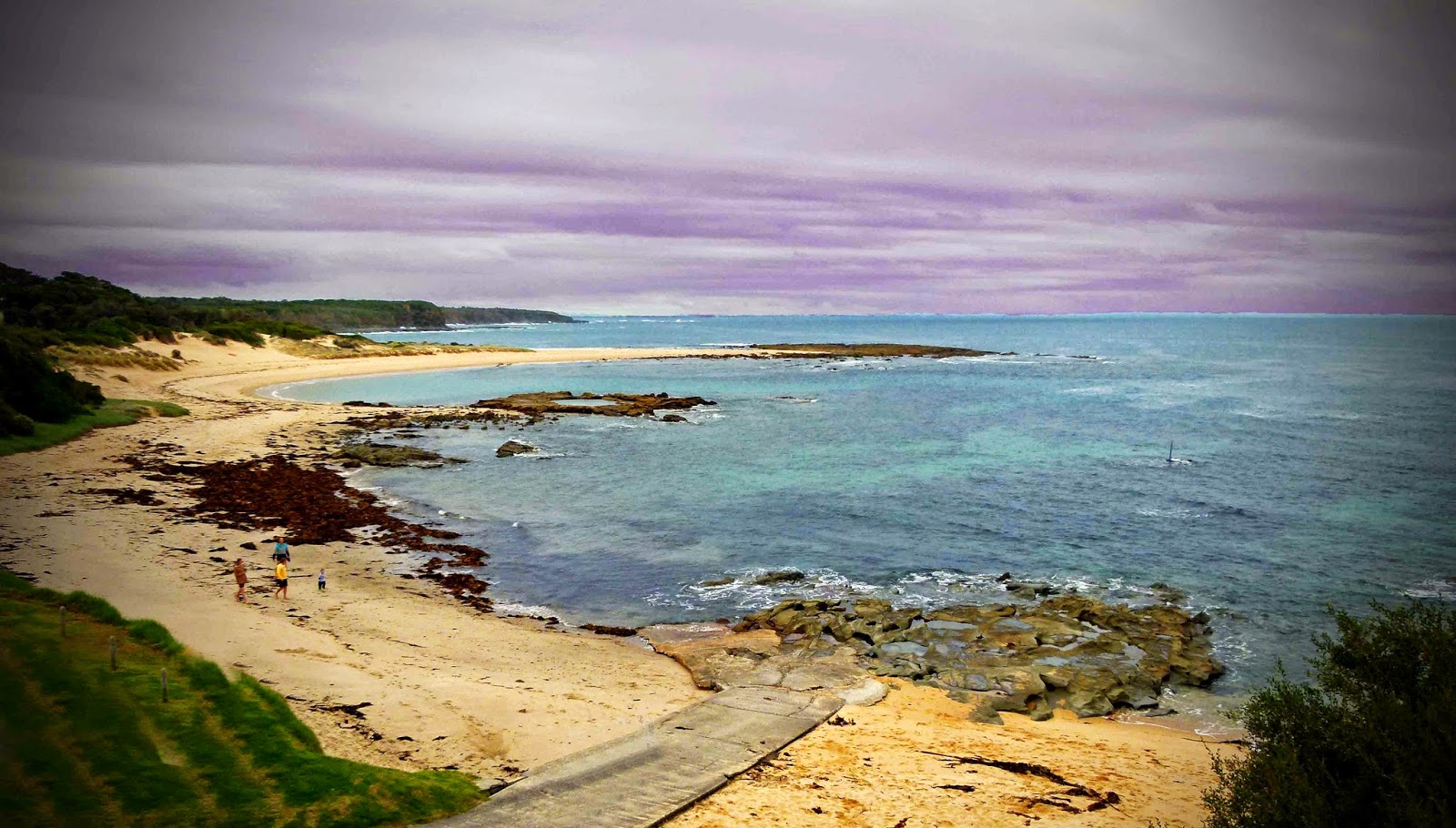 A chilly but dry day today so on with the thermals and out on the Honda. The original plan was to ride to Tidal River, Wilson's Prom but as I had a late start I decided instead to ride to Loch for lunch.
Loch is a little village on the South Gippsland Highway about 10 km west of Korumburra. It was originally established when the railway line between Melbourne and Yarram was built and was at one time a thriving rural community. Then in the 1990's the railway line ceased to operate and at some time later the Sth Gippsland Highway was 'straightened' leaving Loch stranded to one side. So now it is a little sleepy village with a few nice cafes and shops featuring antiques and bric-a-brac, or as I sometimes like to call it - junk. Very nice lunch and coffee and then immediately took the road between Loch and Wonthaggi, which is a very nice ride. After a very pleasant ride through the hills I turned off before Wonthaggi to Cape Patterson and dropped in for a coffee with my sister in law, Nina.

After a chat and a coffee it was time to head home through Leongatha and Mirboo North.