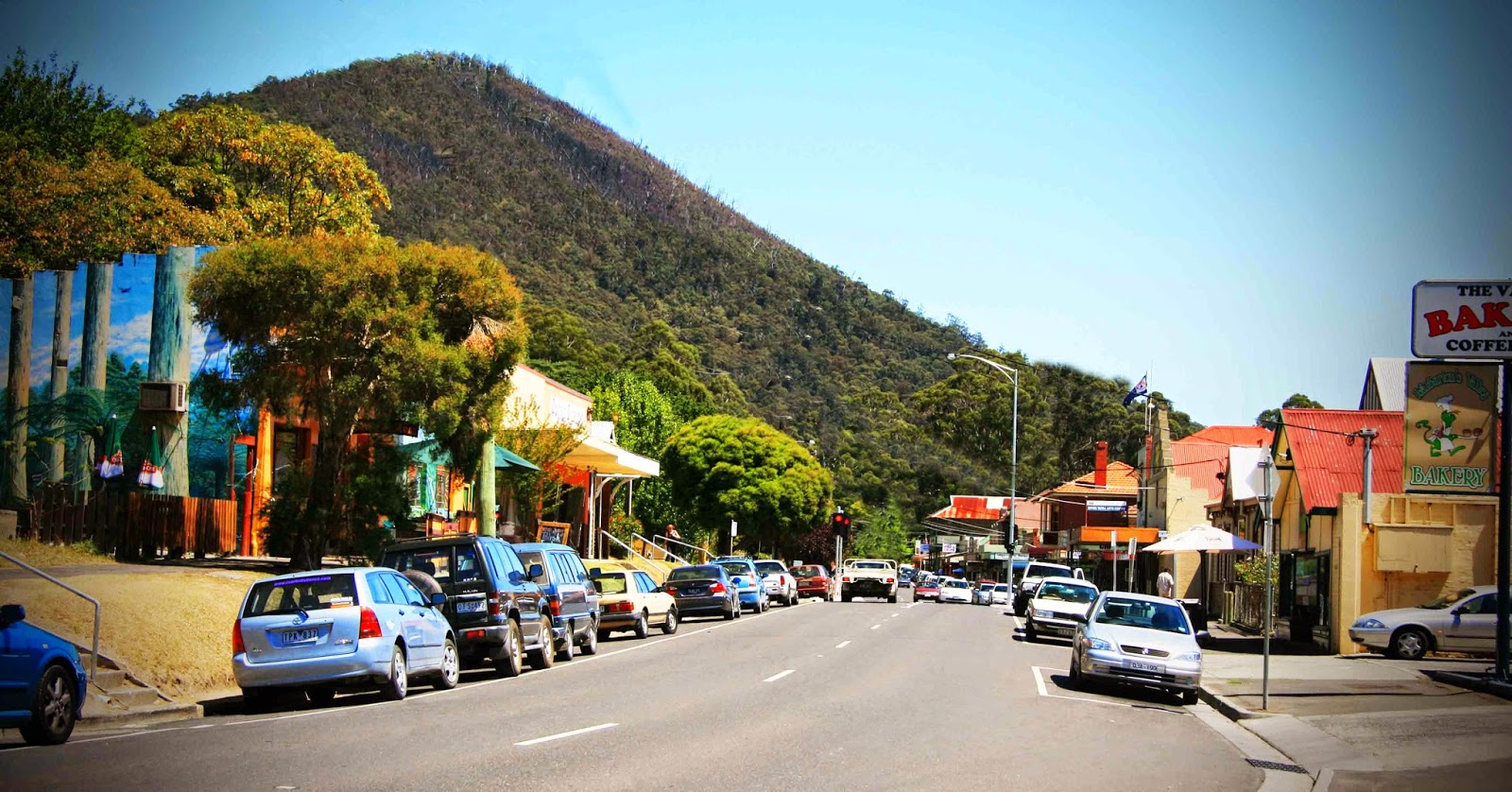 Woke up this morning, crossed my fingers and looked out the bedroom window. Wow, the early morning fog which had been forecast was gone leaving a brilliant, sunny autumn day.

I was keen to take the 750 for a spin to check out the foot boards and to carry out whatever adjustments were required so I thought some twisty mountain roads to the Yarra Valley would be a great way to take advantage of the beautiful day.

The first coffee was in Neerim South. Sitting at an outside table, drinking a strong espresso with the sun beating down on the back of my leather jacket, while some of the locals prodded and looked over the Honda was really nice. I'm finding that motorcycling teaches you to live in the moment - to feel the sun, smell the coffee, enjoy the powerful throb of the engine - so that all thoughts of yesterday or tomorrow disappear. I think that is why it is such an addictive activity.

A quick adjustment of the footboards was needed as shifting gears felt a bit awkward. Then it was onwards along the now familiar road through Powelltown, Yarra Junction and on to Warburton. Throughout the ride the sun was bright and the air was clear with an occasional whiff of smoke from a wood fire.

In Warburton it was time to refuel and to make another small adjustment to the floorboards. Then it was time for lunch at the Warburton bakery. Great food and good coffee - the day was going well.

One of the largest buildings in Warburton is the Sanitarium Health Food factory. It was owned by the Sanitarium Health food company which started manufacturing Granose biscuits in Warburton in the 1920's. This company is an off-shoot of the Adventist Church. I can remember driving past the factory over a period of many years - it was always known as the factory where Wheetbix were made.

A good indication of the demand for Granose biscuits is the fact that throughout the Great Depression when unemployment rose to 30% in Victoria, the Warburton factory maintained full production and full staff numbers throughout. The original factory was abandoned after severe flooding of the Yarra River in 1934. Construction of the new factory started in 1936 and was complete by 1938. 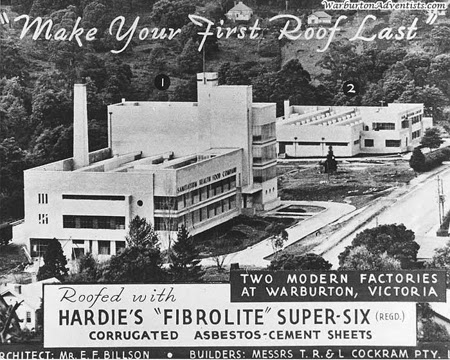 It is interesting to note that Hardie's proudly advertised the fact that the roof of the factory was made with their asbestos based 'Fibrolite' sheets. That's going to lead to tears. 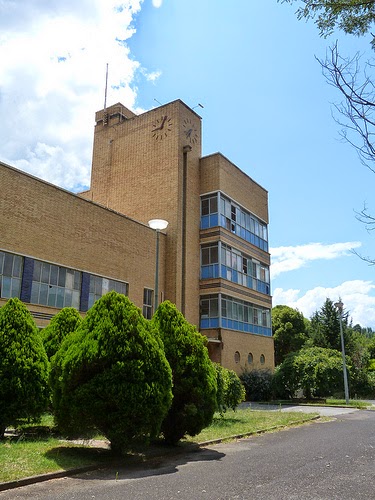 The factory operated successfully through the ensuing decades receiving a major equipment upgrade in 1970. Eventual closure of the factory in 1997 came as shock to the employees and the people of Warburton. There were people working overtime on the day it was shut down.
Since then there is occasional talk about redeveloping the building into a conference facility but nothing has happened and each time I ride past the building it is looking a bit more dilapidated. That asbestos roof would complicate the issue somewhat.
After riding the bike to from Warburton to Gembrook I found that I had adjusted the footboards too low as they were scraping the road in the tighter bends so, out with the tools again for the final adjustment. I think they are right this time as I took a route home along fairly winding roads and all seemed OK. Another memorable day on the bike.