Woke up this morning to a frosty but beautiful sunny day. After a leisurely breakfast I left Wandiligong at 10:45 for Wagga Wagga in NSW. For most of the way the sky was blue, and wind and traffic almost non existent. The area around Bright and Wandiligong has lots of deciduous trees and during the autumn they turn the Ovens Valley into a riot of autumn colours. 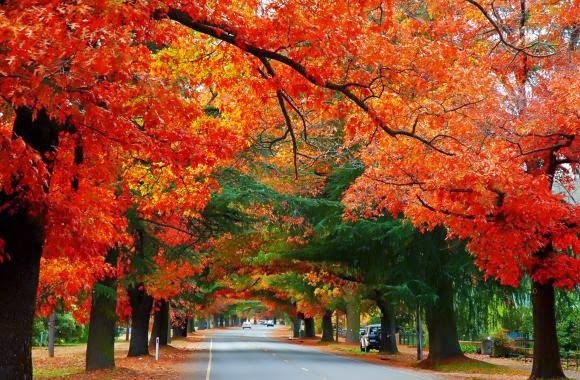 With the autumn sun beating down on my back this part of the trip was sheer pleasure. Before too long though it was time to return to the Hume Highway at Albury for the trip north. Very soon the Hume divides, the fork to the right continues on to Sydney and the fork to the left is the Olympic Highway to Wagga. Struck a bit of roadwork on the Olympic but altogether the delays weren't significant. As I approached Wagga I was getting a bit peckish and to my delight in a little town called Quimby I spotted a bakery cafe which had won best Bakery Cafe in NSW in 2012 and 2013. Couldn't really ride past that and I'm glad I stopped. The food was great and the coffee exceptional. 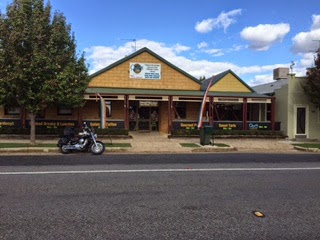 After another batch of roadwork I arrived in Wagga Wagga and followed my GPS's instructions to the Palm and Pawn motel. 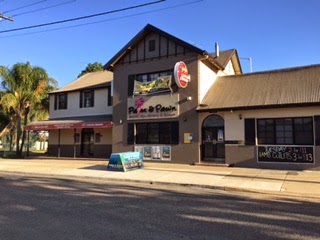 I was checked in by 3 pm and now waiting for the rest of the Melbourne based riders to arrive.