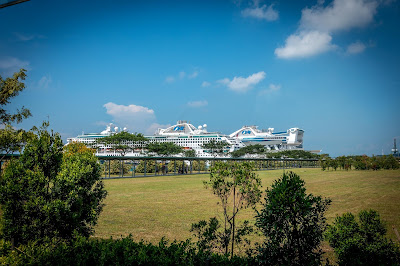 After a couple of very relaxing sea days we woke this morning to find we had berthed in Singapore. Getting off the ship was somewhat of an ordeal as the Singapore authorities, unlike most other ports subject every passenger to the full immigration procedure, so that by the time we reached the city there was little time to do anything other than wander along Orchard Rd for a while and to take a look at the famous Raffles Hotel. The girls did a little shopping at H&M and by 3:30 we were back on board. Here at the ocean terminal we were alongside another Princess Line ship, the Sea Princess. One of the highlights of the day was to watch the Sea Princess depart immediately in front of our ship. 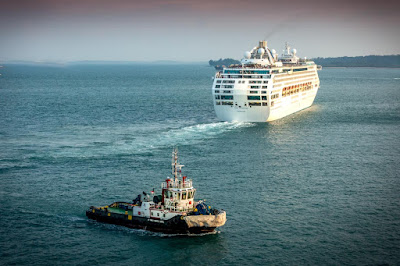 Next it was our turn and once again we had a quite spectacular departure from one of the busiest ports in the world. There were hundreds of ships in all directions and as dusk set in on a warm evening we spent quite a bit of time on deck watching the departure. Then we were off to the Bernini Dining Room for dinner. 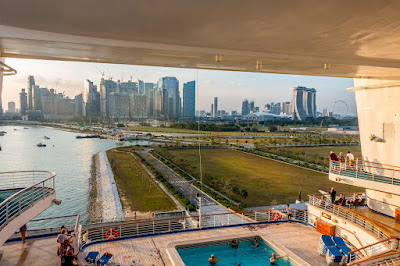 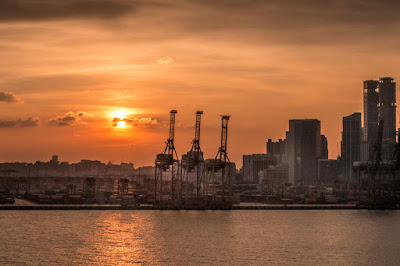 Tomorrow is another sea day before we arrive in Koh Samui in Thailand.
Posted by Theo van der Meulen at 1:58 AM