We woke this morning to a warm but very hazy Hong Kong. Air pollution, caused mainly by motor vehicles is a major problem in Hong Kong and this morning it was bad enough to postpone our plans to visit Victoria Peak to get some panoramic views of the area. Instead we caught the Star Ferry to Hong Kong Island before catching a bus to Stanley which is a tourist area on the southern most point of Hong Kong. 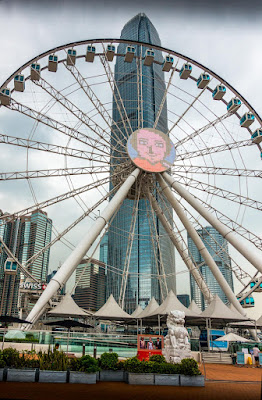 This involved a 40 minute bus ride initially through some of the busiest city roads I've ever seen and then along the very steep and winding coastal road. Stanley is a great tourist attraction mainly because of its market, coastal scenery and restaurants. 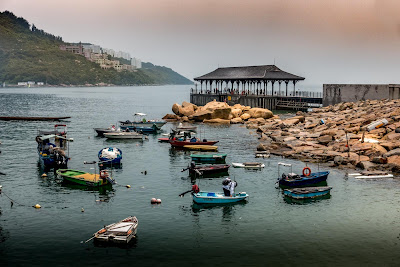 After an extensive visit to the market by the ladies we then strolled along the waterfront. There were a few groups of school children who had been given the project of approaching tourists and asking them to participate in a short survey. John volunteered twice and everyone seemed to enjoy the experience. 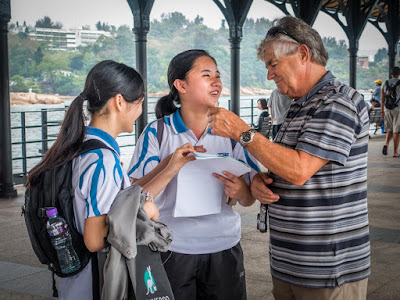 By late afternoon we decided to take a break and have a drink and a meal at the Pickled Pelican. The meal consisted of Australian Black Angus steaks and a pint of draft Carlsberg. Very enjoyable. 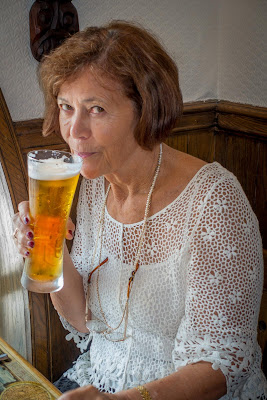 Finally it was time to get back to the bus for the return trip to the ferry terminal and then back to The Prince hotel. Tomorrow we are hoping some of the pollution will clear so that we can go up Victoria Peak for a good view and photos of Hong Kong and Kowloon.
Posted by Theo van der Meulen at 12:22 AM